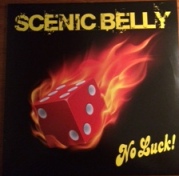 ”No Luck” was first released in 2014 and is now re-released digitally by AMTY records. The record is made up of six hard-hitting punk rock anthems with the band in full flight, lyrically describing subjects as diverse as the art of having bad luck, getting out of a shitty job, the prehistory of the band, political corruption and various things that the band hates.